Port Eynon on the Gower Peninsula has special memories for me, it’s where the majority of our family holidays were spent when I was young, at Highfields caravan park over looking Port Eynon bay.

Port Eynon is the most southernly point on the Gower Peninsula and has a beautiful sandy beach, it’s a great place for making cool images. As well as the beautiful bay, there are also plenty of historical features to explore and incorporate into images.

The ruin of the Salt House on the sea front is perfect for adding some drama to a landscape. It has been extensively excavated and is a listed historic building. Stories say that the Salt House was linked by an underground tunnel to Culver Hole for smuggling and piracy.

Culver Hole is another historic location. Follow the Wales Coast Path up on to Port Eynon point and walk along the headland. The Culver Hole is found on a narrow steep path that drops down from the cliff top and Overtone Mere. The Culver Hole will not be visible until you get to the bottom of the path. It’s tall thin structure stretching up into the cliff side.

Every time I visit here I still find it amazing how it was ever built into the cliff face. The coast here is daunting, with jagged unforgiven rocks. At high tide the sea fills this area, so be aware. Stories tell of smugglers and pirates waving lanterns from the Culver Hole to draw ships onto the rocks and then take their cargo. It’s a location that still causes debate, smugglers hideout or elaborate dove cot?

The coastline at Port Eynon is notoriously hazardous and there are many shipwrecks that highlight its reputation.

The wreck of SS Blue Bell 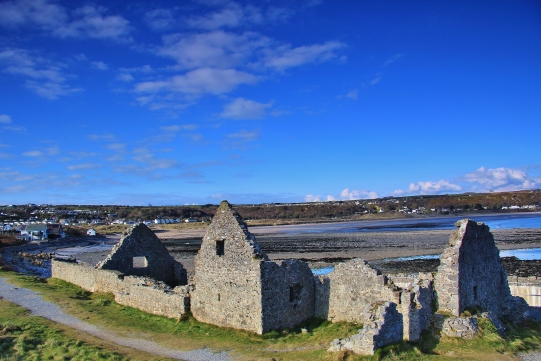 One shipwreck that can still be seen is that of the SS Blue Bell, which floundered on the rocks here on February 15th 1913. All 12 crew survived and made it to shore.

At low tide you can walk to the remains of Blue Bell from Culverhole. Walking over the jagged rocks is hard going though, so you should take care. Always monitor the tide times, the tide comes-in fast here. Tide Times is a useful mobile app which I always use when I’m at the coast.

From Port Eynon Point the wreck can clearly be seen in the rocks below at low tide.

Another historic monument is found in the village at St Cattwgs churchyard. The marble statue of a lifeboat crewman remembers the Port Eynon lifeboat disaster of New Years Day 1916. Lifeboat Janet responded to distress signals from S.S. Dunvegan. Whilst trying to get to the stricken ship Janet capsized multiple times, with 3 crew men being lost.

The RNLI still have a lifeboat station at Port Eynon, it is situated close to the beach at Horton if you want to visit it.

Another wreck which cannot be seen is that of the Prince Ivanhoe which sank here in 1981. Everyone was rescued but sadly one person later died of a heart attack. For years the wreck was marked in the bay with 2 large marker buoys, it was a favourite spot for divers. The buoys have been removed now and it’s unclear how much of the ship actually remains.

You can see more of my Port Eynon and Gower images at www.nathanaeljonesphotography.com/Gower 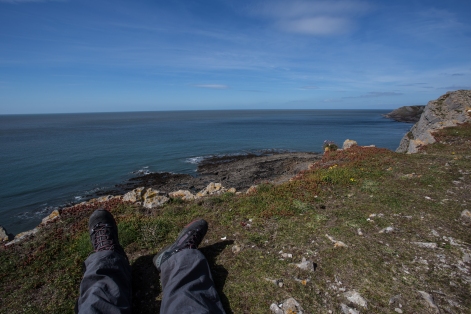 Stopping for a break at Port Eynon Point 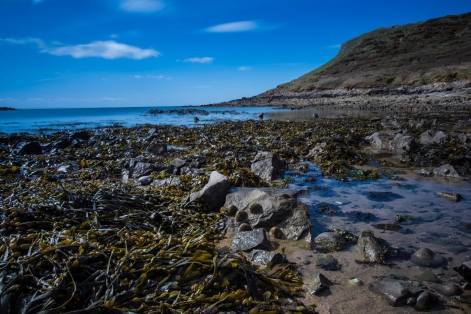 This is my blog if you want to see more of my images visit my website.